Yow Surfskate, the skates made in Basque Country 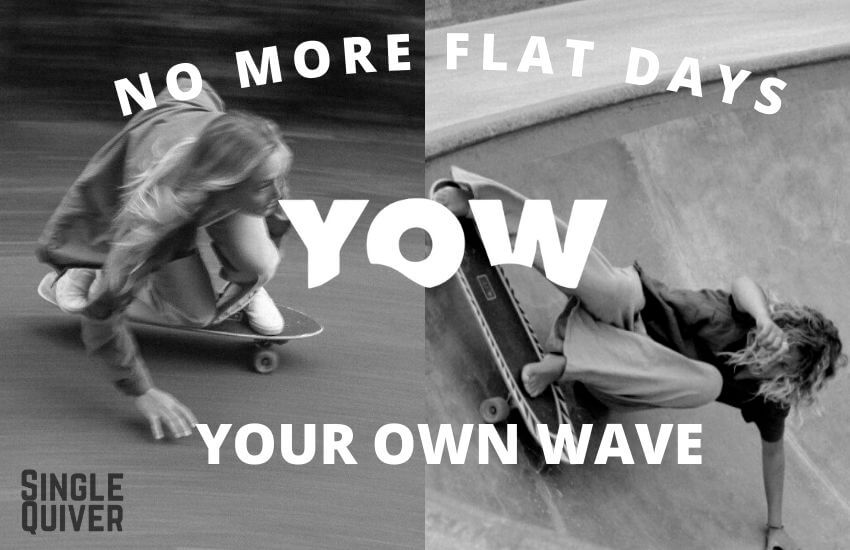 YOW Surfskates are made in Irun

Resumen ocultar
1 YOW Surfskates are made in Irun
1.1 The origin of the Yow brand
1.2 The YOW axis: YOW System V.3 S4 and YOW System V.3 S5
1.3 Differences Yow Surfskate vs Smoothstar
1.4 How to choose your surfskate Yow?
1.5 Differences S4 vs S5
1.6 Advantages of the YOW Surfskate vs Carver Skateboards vs Smoothstar vs Swelltech vs Miller
1.7 “The best of Carver and SmoothStar combined in a Yow”
1.8 Where to buy YOW
1.8.1 Artículos relacionados:

The origin of the Yow brand

YOW (Your Own Wave) was born in the year 2000 in Irún. Its creators are 3 brothers. Igor, Ander and Iban Iraola. A short time later they would create HLC, which today is the distributor of some of the most important skate brands in the sector. The Iraola brothers were tired of the secondary role played by the skate in Europe against the United States. That is how they began to make their first skateboards in the workshop of his house.

Currently, Yow has become one of the most prestigious brands of surf skates internationally. From its Irun factory, in addition to the YOW skates, some of the best-known brands in the world come out. Surely many of you have heard of Jart Skateboards, Iron Trucks, Long Island Longboards or Cruzade Skateboards.

The YOW guys have developed their own surfskate truck system. This shaft incorporates a turning system with spring that allows a rotation with return. A system that manages to replicate on the skate the surf sensations that we have on the surfboard.

At the end of 2018 they launched the V4 axis. A system patented by YOW, with two versions: the S4 and the S5. It is a simplified and more robust version than the previous system and that has made YOW one of the market leaders in surf skates. Among the most important improvements include:

Yow has wanted to follow their own line of designs. If we focus on the aesthetic part, its boards have little to do with the Smoothstar boards, which are large and heavy. The boards of the YOWs are somewhat shorter than the Smooth ones. Beautiful and functional boards, with very colorful designs such as Pukas Plan B, YOW Pukas la Loca or Aritz Aranburu. 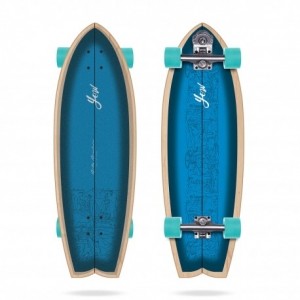 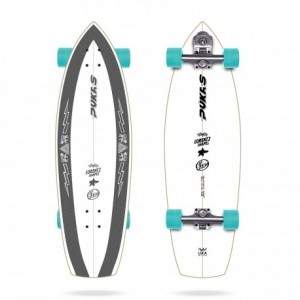 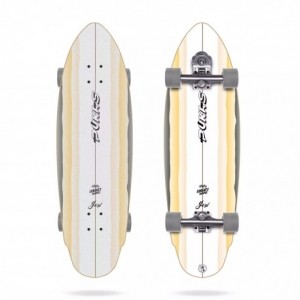 Its boards are manufactured in one of the largest skates factories in Europe and internationally. And the YOWs come out of HLC Distribution. The same place where the JART skates are manufactured.

The trucks of these two brands (YOW vs Smoothstar) are the most radical. Both the YOW and the Smooth will allow you to perform radical maneuvers on both asphalt and bowl. The axes of the SmoothStar: “Smooth Star Thruster” make it possible to turn and exit driven by the rear axle. Giving an authentic “rail to rail” feeling but out of the water. For more information we recommend you take a look at our article about how Smoothstar helps you improve your surfing.

How to choose your surfskate Yow?

The new YOW V4 system comes with two versions: S4 and S5. It may look the same from the outside. But the sensations and behavior of these two versions are very different. 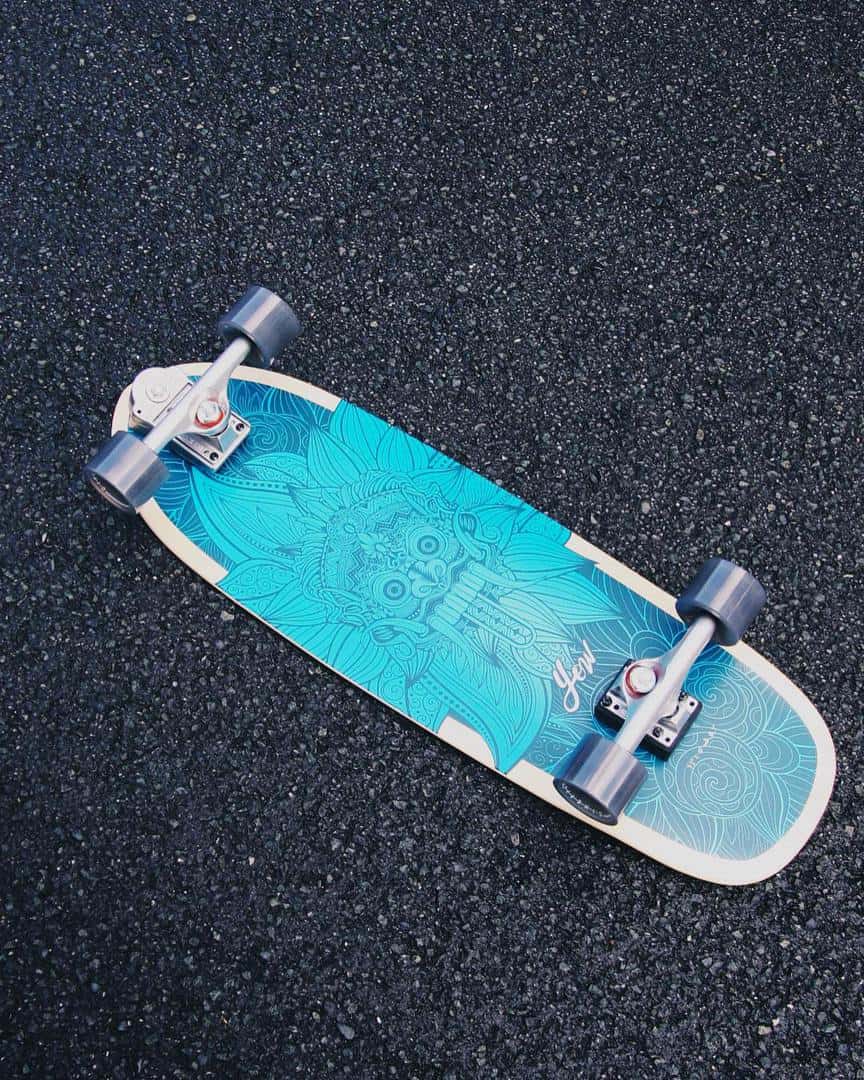 Yow System V.3 S4: has a 4mm spring. It is perfect for more closed and radical turns. It is recommended that it be used by people who weigh less than 50 kg.

Yow System V.3 S5: it has a 5mm spring. It is preferable that those who weigh more than 50 kg mount it.

After having tried the surf skates of other leading brands such as Carver, Swelltech, Miller or Smoothstar, we have found 5 clear advantages of the YOW:

“The best of Carver and SmoothStar combined in a Yow”

Our opinion about the YOWs is that they have managed to combine the best of Carver and Smoothstar in a skate. Trucks and board. Also, if you look at the price, the YOWs have a very competitive price. The cheapest Yow costs 229 euros. While the top range of the brand does not reach 300 euros.

Another fact in their favor is the possibility of converting the surfskate into a cruiser. So you get 2 skates in one. A surf trainer and a cruiser to use as a skate. A two for one. What more can you ask!

Where to buy YOW

You can find the entire YOW catalog in Single Quiver. In our next chapter, we will tell you about the 5 best YOW skates for people of initiation. Meanwhile we leave you with a video to whet your appetite.

Recommended reading: How to choose your surfskate: Smoothstar vs Carver

If you liked this post, do not forget to visit our Surfskate section. Do you want to receive our information and opinion in your mail? Subscribe to our newsletter and do not miss our latest news. 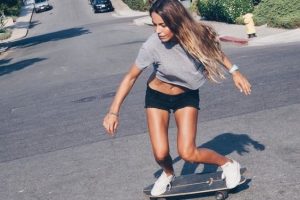 The latest in Carver skate: Axis and Wheels 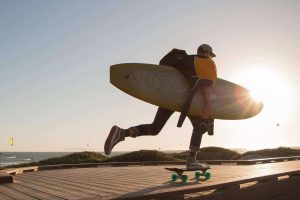 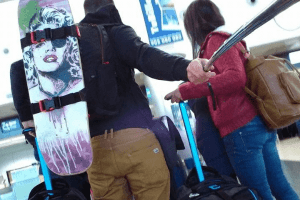 How to bring your skate in a plane