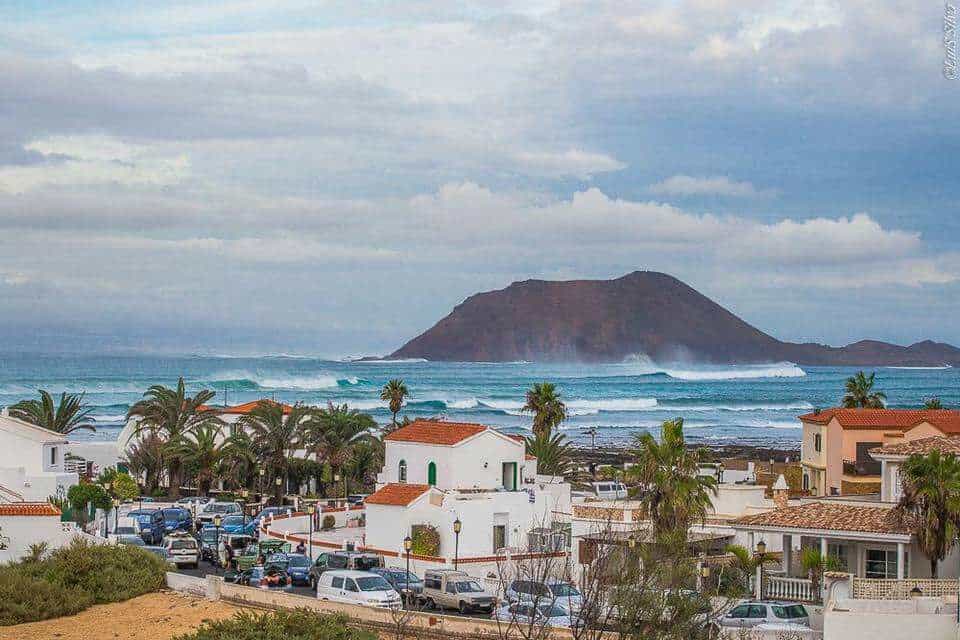 The Canary Islands are one of the best destinations to surf in Europe.

In the archipelago of the Canary Islands has turned into a surf paradise where tons of fan come every year. With long days of sun, stable climate and water temperature of around 20ºC all year, let you surf all you want. Or what your body can endure. Also the great quantity of beaches let you go to different spots in a small amount of time.

Here we´ll tell you the 5 best waves in the archipelago.

The left of Lobos, Fuerteventura

Let´s start with the longest wave in Canary Islands. An unusual waves, that is a perfect wave when the conditions are right. Your main access is by ferry from Corralejo port. Its diversity of sections makes this wave apt for all levels. A very versatile spot that works in medium and low tide with winds from northeast / east / southeast.

If you are thinking about doing a surftrip to this island. Made a biosphere reserve by UNESCO in 2009, check out our surftrip section on Fuerteventura. Here we tell you about the best spots to surf in the island. 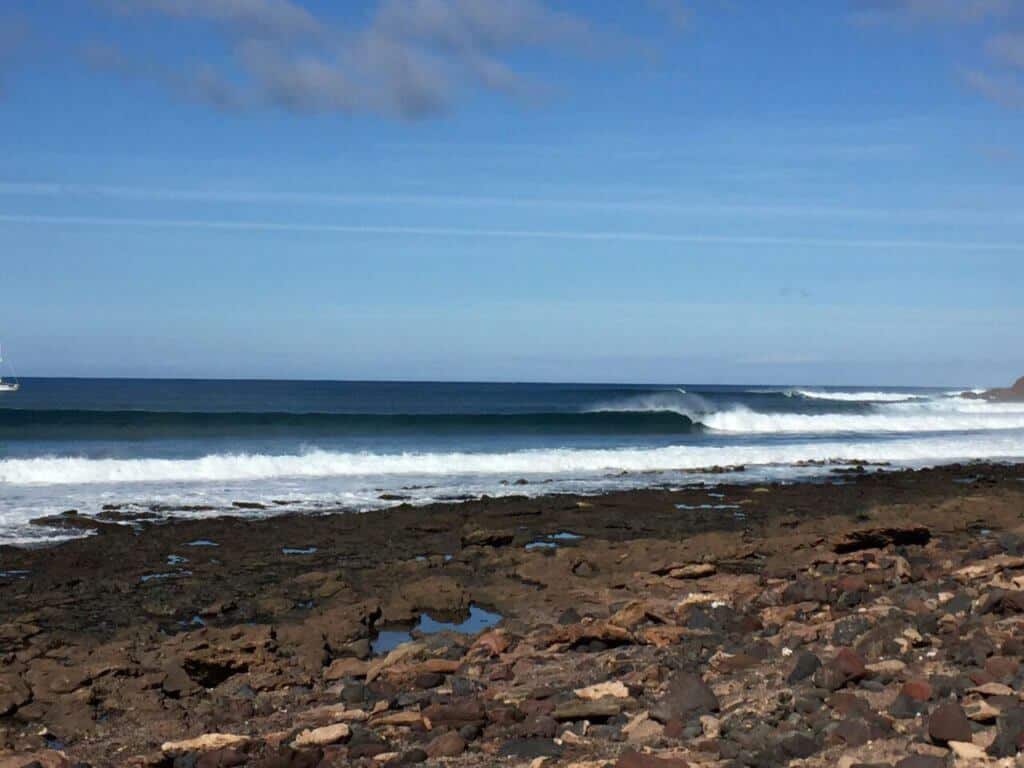 This is considered as the best reef break that goes right in the Canary Islands. We dare say in the whole of Europe. Right in the city center of Las Palmas de Gran Canaria you find this long right for experienced surfers. It offers fast and powerful waves, with vertical descents. Breaks over a volcanic bed. Strong takeoff and world class quality tubes. Easy to locate and with access by foot and car. 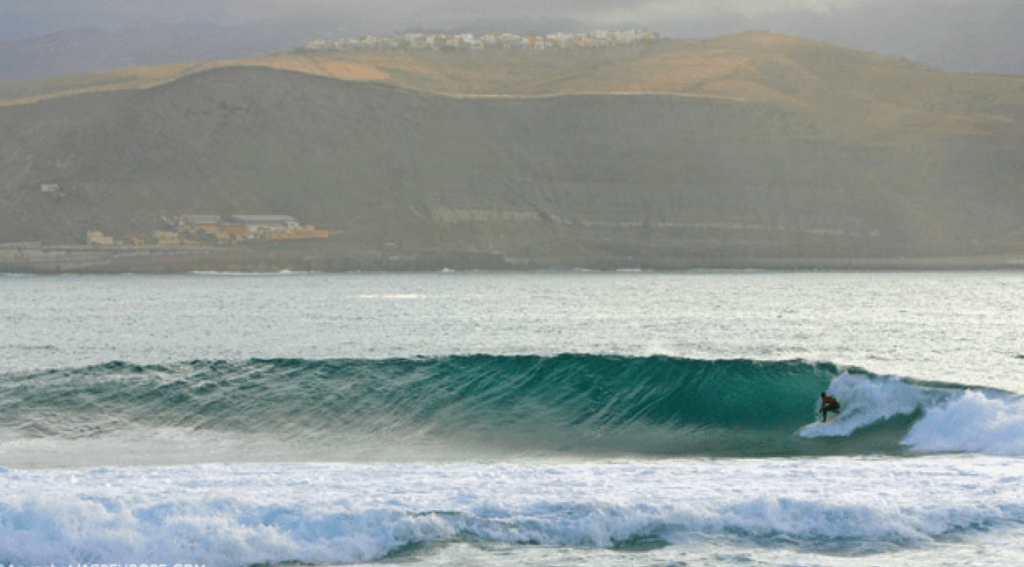 El Quemao is one of the best spots in Lanzarote. In front of the fishing town La Santa. A dangerous and hard wave. This is a machine that makes fast and deep tubes, perfect for expert surfers. Famous for its left, El Quemao also has a right.

Here´s the latest videos from Jon Aspuru and the Basque surfer Natxo Gonzalez.

It´s precisely here where the annual “Quemao Class” is hosted. An event that has a period of waiting from the 8th of January to the 31st of March. You can see the French surfer Dimitri Ouvre claim victory of the peak on competition day, which had excellent weather conditions.

The left of Palmeras, Tenerife

One of the most popular waves in the island. Situated in the touristic nucleus of Las Americas Beach, in the South of the Island of Tenerife. This is a left with a medium difficulty. Works with any tide and practically all year. Breaks over a volcanic bottom. Offers a vertical descending wall to surfers, with hollow and fast sections. The best time to visit are the between October and March.

So we come back to Fuerteventura to talk about Hierro. A world class right located in the northern coast of Fuerteventura. Breaks of a sharp reef, offers quality tubes. It’s a wave that lots of surfer visit every year. It has two well differentiated peaks. The main one is a left wave with a shorter right that also makes quality tubes. Between September and May, this spots is shown to be the most famous wave in Fuerteventura.

And who better than Mr. Boonman to show us the beauty and quality of the waves in the Island of Fuerteventura.

These are some of the best waves you can find in our European Hawaii, the Canary Islands. I´m sure we missed some of your favorite spots, if so leave us a comment.

Which island in Canary Islands do I go?

Before you get your ticket to Canary Islands for your surftrip you have to choose which of the isles of the archipelago to go. Here we´ll give you recommendations which in our opinion are some of the best beaches to head to depending on your surf level.

In this island, since it´s the biggest of the lot, can be very busy with Gran Canaria being another busy one.

Surf in Tenerife for beginners

Puerto de la Cruz, north of the isle of Tenerife, is a good quality wave and very safe for beginners and people initiating surf. Perfect for a first contact with the island. 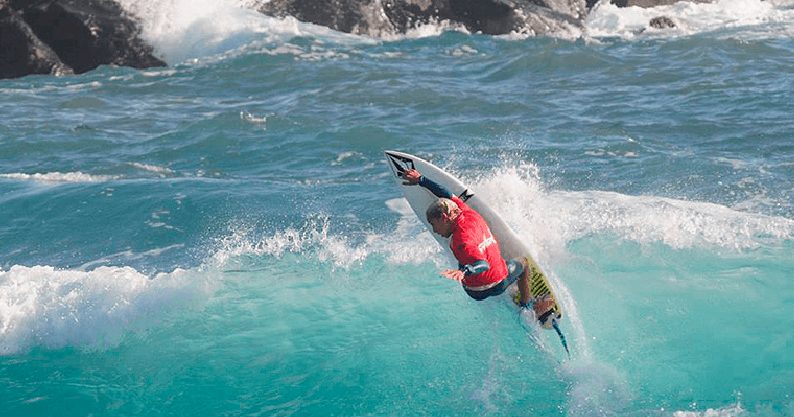 El Socorro, also near Puerto de la Cruz, is a perfect wave for beginners that breaks all year round and works with all tides. It has a sandy bottom and holds its size of up to 2m.

Surf in Tenerife for experimented surfers

La Izquierda is a break that is situated south of the island, in Playa de las Americas. It’s a busy beach, with strong waves that can deceive even the most experimented surfers.

Playa de la Tejita. This beach is situated in El Medano, south of the island. It´s surfed in high tide and has a sandy bottom. The usual time to go to surf here is summer, since it’s very exposed and doesn´t need a very potent swell for it to work. It´s recommended that you have a good level of experience for those strong days. 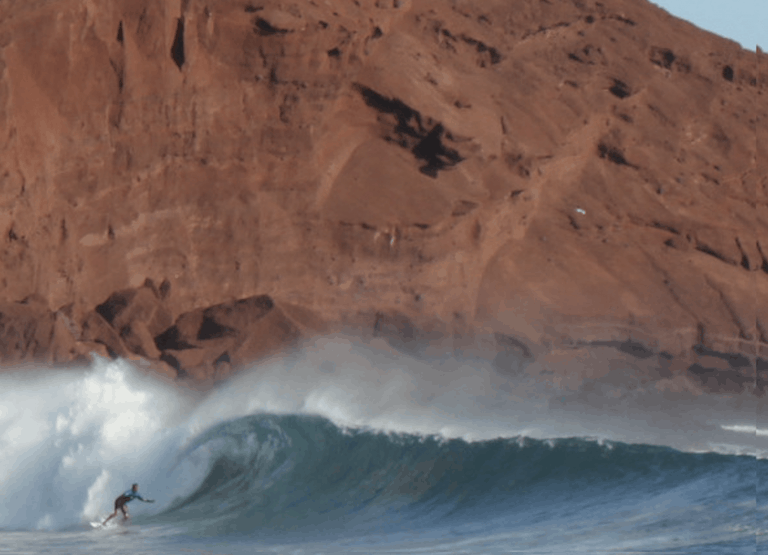 Its one of the islands that offers most possibilities for surf, has lots of breaks along their coast, mainly in the north side. We´ll mention some of them.

Surf in Gran Canaria for beginners

Playa del Ingles is a frequented beach by a lot of surfers. It’s found south of the island and offers maneuverable waves for all levels. It´s surfed in high tide, has a sandy and rocky bottom and need a bit of a strong swell for it to work with good quality, holds up to two meters. 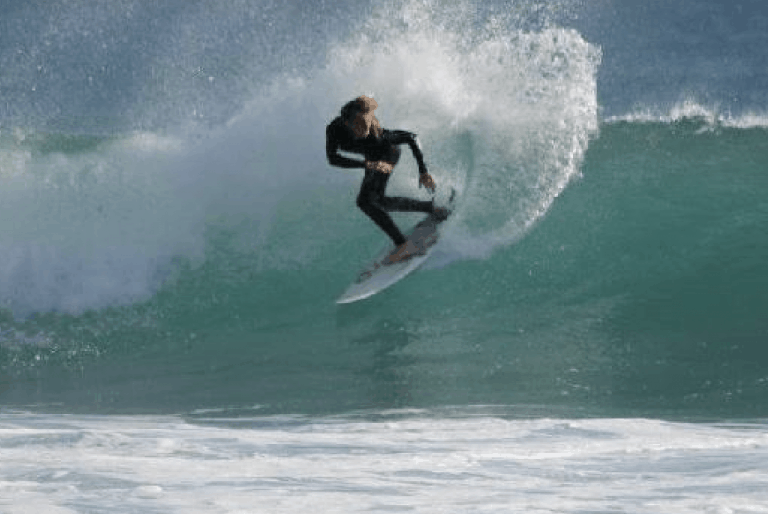 Playa del Hombre is found in the east of the island, in a beach that offers variable and fast peaks, it has a sandy bottom and it´s surfed in mid tide. Holds up to a size of 1.5m to 2m.

El Agujero is a break that´s in front of a town with the same name, north of the island. It’s a short tubing left that has rocky bottom and is surfed in high tide, because of being near rocks. Holds a size of up to 3m, it’s a risky wave but with a good level of surf can be very fun.

El Fronton is a break that is one of the strongest in Europe. El Fronton is known worldwide by body borders, but there are also surfers that dare go in. It´s a wave with difficult access into the water, but the tubes that this wave makes are absolute monsters. It´s surfed in mid tide, has a rocky bottom. There are only a handful of experimented surfers that can handle this wave.

It’s the island closest to Africa. A very calm isle compared to the last two. The area with most possibilities for surf is north of the island, where winds are mainly predominant during the day. So we recommend waking up early and take advantage of the first few hours of the day to surf. In this island we will see lots of rocky bottoms. For those that aren´t used to it, we encourage a pair of surf boots.

Surf in Lanzarote for beginners

Famara is a spectacular beach. Situated north of the island, and very long, it offers variable peaks and maneuverable waves. It’s surfed in high tide or rising tide and has a sandy bottom. Famara is perfect to start surfing safely in the island, but it needs a strong swell to get quality waves.

Playa de la Canteria is situated north of the island. It´s not a busy of a beach and very paradise like that offers variable and maneuverable peaks. Breaks in mid to high tide and has a sandy bottom. Needs a strong swell. Holds a size of 1.5m.

Surf in Lanzarote for experimented surfers

Caleta Caballo is also situated north of the island. Offers fast peaks with tube sections. It doesn’t break for everyone, since it’s not an easy access. It breaks in mid tide and has a rocky bottom.

Caleta del mero. Very near to the beach of Canteria north of the island. It’s a beach away from civilization but very comfortable once you’re there. Offers variable peaks with tube sections. Breaks with mid tide and has rocky bottom.

And what better than two good surf videos to get us hungry for some Canarian waves. If after this you aren´t looking for flights to Canary Islands, then we haven´t done well our jobs.

What surfboard do I bring to Canary Islands?

Are you thinking about doing a quick surftrip to Canary Islands? Then let us recommend you what to bring.

The Mini Twin Fin DHD Surfboard. It’s the board that captivated the freesurfer Asher Pacey. A board that combines the best aspects of two materials used today: fiberglass and traditional epoxy. With some of the most spectacular designs and finishes, and a starting price of 689 euros it´s without a doubt the best board to surf with in Canary Islands.

Another good option if you don´t want to travel with more than one board is the Clayton Solar. A board designed for waves with force and power, like our Canary Islander neighbors have, which has been tested in J-Bay and Indonesia with great results. Made with the latest SpineTek technology and with a 595 euros price tag, it´s not a bad alternative.

What wetsuit do I bring to Canary Islands? 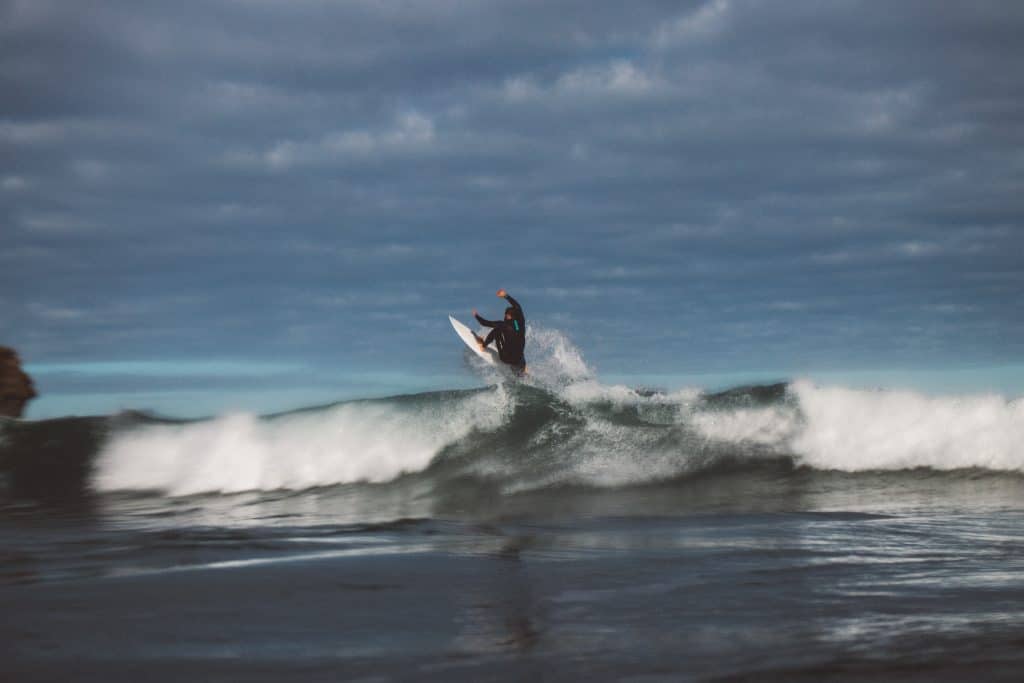 Despite its warm climate, to surf in Canary Islands you need a neoprene wetsuit. In fact Canary Islanders use a 4/3 mm all year. If you are one of those that usually surf in the Cantabrian coast, we recommend a 3/2 mm or a 2/2 if you go in the summer. The temperature in the waters of the Atlantic Ocean are lower than the Mediterranean. October is an ideal month to travel to Canary Islands. The temperatures are agreeable and softer in the south and the water is nice. Even so, take a good neoprene with you because you´ll need it.