Paddle boarding is getting popular. In fact, SUP is a modality of surf that has more fans every year. Today we travel to the Cantabrian coast, concretely to Basque Country to talk about the best paddle board routes in Biscay. We go over the river of Bilbao, the bay of Plentzia, Urdaibai, Lekeitio and Bakio. We´ll also inform you about where you can get your board, oar and all the SUP material necessary in case of not having your own equipment.

Paddle boarding in Bilbao is a sport that even though doesn’t have as many fans as surf, is growing. One of the best ways of going around the Villa is precisely through its river. The Nervion River goes right through greater Bilbao all the way to the sea. Its more than 20 km of travel makes it a great place to practice some paddle boarding. A route that lets you discover the industrial essence that characterized this place from another perspective.

In the route you can see some old vestiges from the past of the industrial zone, the new modern buildings like the Guggenheim museum of Bilbao. A simple route that has infinite of combinations to paddle all day. 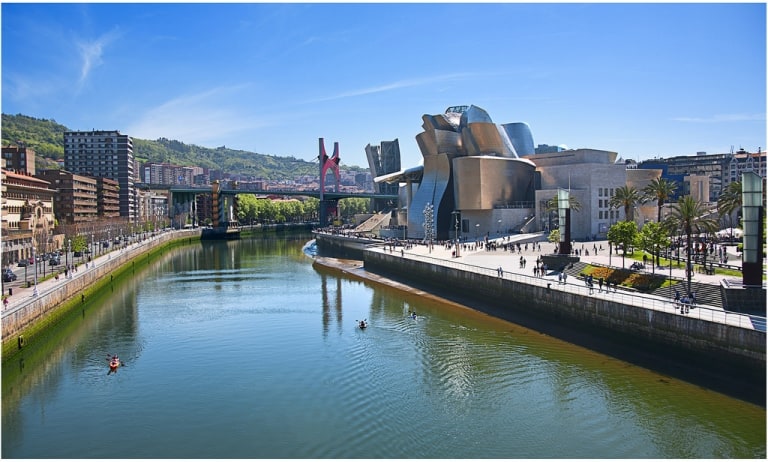 In the outskirts of Bilbao we find the bay of Plentzia. In this Bay formed by the towns of Plentzia and Gorliz, they share a beach where you can wet your paddle board and discover the different coves. Through the river of Plentzia, we can go to Butron Castle, an idyllic landscape which appears in an episode of Game of Thrones.

How to get to Plentzia?

If you don´t have a car available, the best way to get there is through public transport. One of the best options is the metro of Bilbao. The metro will take you from the center of Bilbao all the way to Plentzia station. Another option is the bus from the Bizkaibus line; that takes you all the way to Gorliz beach. 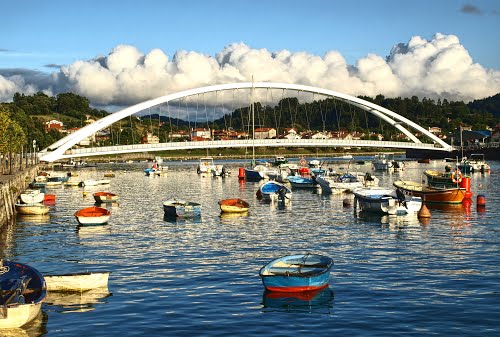 In the center of Biscay there is the estuary of Urdaibai. Recognized as reserve of the biosphere in 1984, Urdaibai has been one of the most important centers of surf in Euskadi. Precisely in Urdaibai lives one of the best lefts in the world. The wave of Mundaka. The area of Urdaibai is a perfect place for all types of activities on your Paddle Board. Paddle tour, paddle surf and even paddle yoga.

In Urdaibai you will be able to do long rounds around with your board, even reaching the isle of Izaro. If you prefer something with more action you can even get near the Mundakan coast and surf its wave. As you can see the options for your SUP is varied around here.

How to get to the towns of the Urdaibai reserve?

The easiest way is by car. If you don´t have your own vehicle, you can also use public transport; train or bus. But due to the distance we recommend you go from early in the morning to take advantage of the whole day.

The railway includes a line managed by Euskotren that goes from Bilbao to Bermeo and traverses the left margin of the river, where a good part of the localities that conform the reserve of Urdaibai.

Euskotren is made of four principal axes that connect the region and its rails go through both sides of the river:

If you decide to use the bus these are the numbers of the Bizkaibuses that will get you to the area:

Located in the Basque coast, halfway in between Bilbao and San Sebastian (1 hour by car). It has a magical beach that changes with the tide, leaving a sandy walk way that leads to the isle of San Nicolas.

Also, Lekeitio boasts of having a colorful port surrounded by restaurants and bars. One of the most emblematic corners in Biscay.

How to get to Lekeitio?

The easiest way, if there is no car available, is by Bizkaibus that you can catch in Moyua plaza in Bilbao. The line number being A3523. This line goes through all the emblematic towns in Basque Country like Ea, Gernika, or Ibarrangelu. 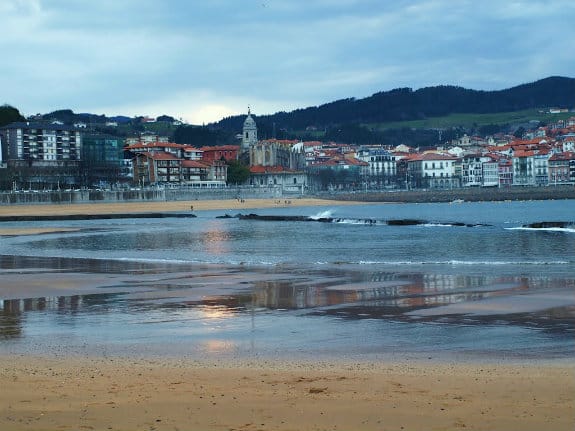 It has its frontier with the Biosphere Reserve of Urdaibai and before reaching Bermeo we find the beach of Bakio. The beach is located in the center of a long surfer tradition, and slowly SUP is being addded to the area. From this beach we can go to the isle of San Juan de Gaztelugatxe. Known for having been a famous scene in Game of Thrones, Dragon Stone. It´s one of the most enchanting paddle board routes we can do in Biscay. Here we can admire the charm and beauty of this isle, scene for many movies and photos of Biscay.

How to get to Bakio?

By car is the fastest. Bakio is known for their surf culture. If you are a surf lover you´ll already have this location on you map. We leave you a few tips on how to transport your surfboard.

To get to Bakio from Bilbao, you can use any of the following bus lines. All of them coming out of Moyua plaza (Bilbao) every 30 minutes.

Where to get your paddle board in Biscay?

If you don´t have SUP equipment, don´t worry, here we leave you our recommendations on which paddle board to get and which is your ideal oar. If you prefer to rent your paddle board don´t worry, there are tons of surf schools around the area where you´ll rent all you need.

Want to join the discussion?
Feel free to contribute!

How much does it cost to start surfing? 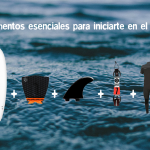 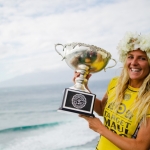