Delivery time: 24 hours. Board in stock 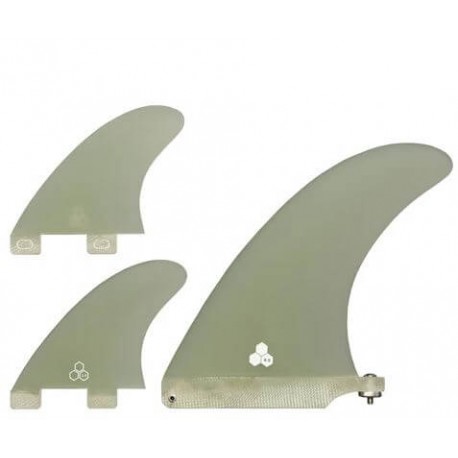 €711.45 (tax incl.) €781.82
The CI Mid is a modern classic design resulting from a fun collaboration with Devon Howard, a southern California surfer that has spent the past two decades riding and refining this genre. SIZE IN STOCK: 7’0 X 21 1/8...
View more

€825.62 (tax incl.)
The Channel Islands Tri Plane Hull is the new midlength from Mike February and Al Merrick. After the CI Mid, CI Surfboards releases this Mid Length inspired by 70's and 80's designs. This is a fun and easy to surf...
Add to cart

€123.97 (tax incl.)
As we know, fins can make or break any surfboard. For the CI Mid, we worked closely with SoCal surfer Devon Howard and our friends at True Ames Fins to custom build this 2 + 1 set that enhances our new midlength’s...
View more

FCS 7' All Round Essential Leash

€34.71 (tax incl.)
The new FCS All Round Essential Leash is the day-to-day performance and ​reliability in a wide range of conditions. Available in different colours and 3 sizes: 6'', 7'' and 8'' feet.
Add to cart